A delicous selection of classic mustards. The perfect partner for any sausage dish. Add to your sausage order today. Ideally packed in our 3oz (90g) signature container.

Mustard is one of the worlds oldest condiments, dating back to early Roman cooks, who combined ground mustard seeds with an unfermented grape juice called must to make the hot paste mustum ardens, or “burning must.” This was shortened to merely “mustard” when the condiment arrived in the English speaking world, but not that much has really changed with mustard over time.

Traditional French Dijon – The Cadillac of mustards was originally crafted in the city of Dijon in the Burgundy region of France. It’s a fairly simple recipe of ground up mustard seeds mixed with white wine, vinegar, and salt. Originally, instead of vinegar, juice from unripe grapes was used to get the distinctly tart kick into this creamy mustard.

Bavarian Mustard – Anyone who has ever enjoyed an Oktoberfest celebration has probably delved into the delightful varieties making up German mustards. It is a classic accompaniment to the german bratwurst sausage. It compliments the tender richness of the sausage with a sweet bite of bittersweet.

Wholegrain Dijon Mustard – Whole grain mustard is simply a mustard that has been ground just enough to to form a paste, but not so much that it fully breaks down all the mustard seeds, creating a thick, coarse texture. The use of wine instead of vinegar, and brown and black seeds instead of yellow, makes many whole grain mustards pack a punch.

Spicy Brown Mustard – Amping up the natural heat of mustard seeds, spicy brown mustard is aptly named. It’s made with brown mustard seeds, which are soaked in less vinegar than a standard mustard. The combination of the hotter seeds and less acidity makes sure the nose-scorching heat is much more pronounced.

Rich Honey Mustard – As the name implies, honey mustard is a blend of mustard and honey, which typically results in a mustard that’s more sweet than sharp. It’s full of warm spices rounded with sweetness. But it really pops when cooking with it 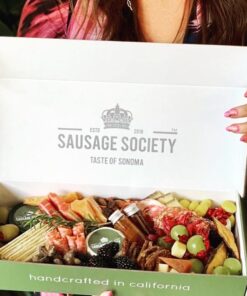 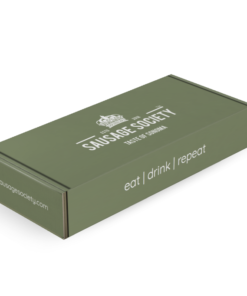 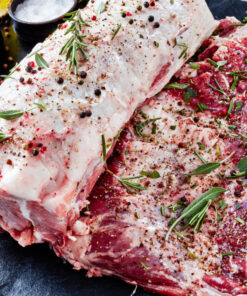 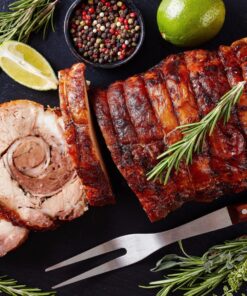 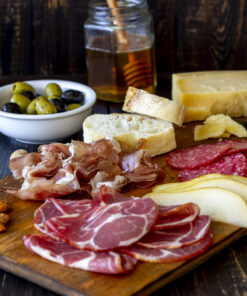 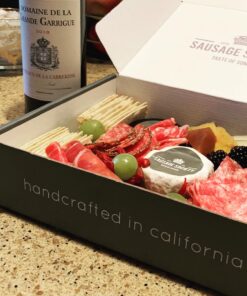 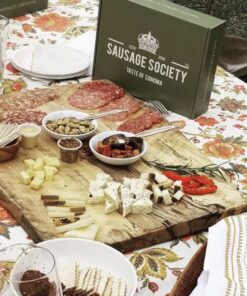 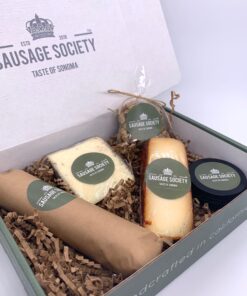 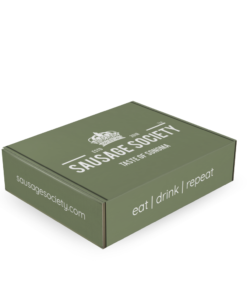 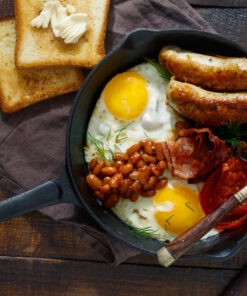